Showing posts from August, 2013
Show all

Part II: The Unbearable Lightness of Being David Sirota 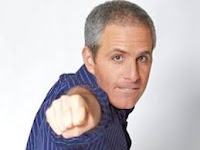 Note:   Earlier this week I published a post about narcissism in zealots, and I used Tim Wise as an example. I also mentioned David Sirota because it was a twitter storm erupting around their tweets that inspired Part I: Tim Wise Meets a Buzz Saw Called Black Twitter . Initially, I planned to write about both men in one post, but there was such an abundance of material, I split the post into two parts.    I don't like David Sirota. Honestly, I loathe him. I'm not one who usually loathes, but then again, I haven't encountered anyone with so many loathsome qualities, except Glenn Greenwald, who is vastly superior in the loathsome quality category.   Anyone who has had an encounter with Sirota is well aware of his inflated sense of his own  self-importance as well as his mistaken notion that he possesses a great intellect. Forgive me for using an old clich é , but if you look up the definition of narcissism in Webster's, you'll see Sirota's picture. Combin
6 comments
Read more

An Open Letter to Chris Hayes 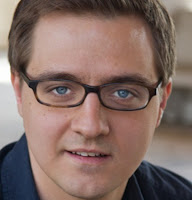 Dear Chris, I'm sure you must be feeling anguish and anxiety over your show's dismal ratings, especially since you couldn't hang onto to Ed Schultz's audience, the pundit you replaced. The anguish must come from the blame you're receiving for Rachel's tanking numbers. Trust me. She's done that to herself. And certainly, you must feel anxious about losing your job at MSNBC. After all, look what happened to Cenk Uyger after Phil Griffin sent him packing. "Cenk Who?" you ask. My point exactly. So I'm going to offer you some unsolicited advice about how to shore up your numbers and increase your viewership. Your weekend morning show "Up with Chris" received much critical claim, and I'm sure for good reason. I couldn't say though since I didn't watch you much. Praise was heaped on you for having diverse discussion panels of not only people from different racial, ethnic, and cultural backgrounds, education, and professions
5 comments
Read more

The comparison between President Obama and George Zimmerman is to say that President Obama is a killer who profiles and stalks his victims. This is one of the latest vilifications of the President by the left-wing media. They allege that he profiled American traitor Anwar Al-Awlaki because he was a Muslim, and then killed him with an armed drone. The intentional ignorance of the facts surrounding the attack  by those who make this claim is absurd, but it also reaches a level of vitriol we haven't seen before now. I can't even begin to explain how offensive this analogy is and how insensitive those making it are. During a time that the African-American community is grieving the loss of Trayvon Martin making this comparison is simply wrong. If this is their comparison, then by definition, not only is President Obama a murderer,  but Al-Awlaki is a martyr as surely as Trayvon Martin is. Not only does the comparison show these left-wing pundits to be heartless as well as soul
4 comments
Read more

An Open Letter to Michael Riedel: I've Seen the Lights Go Out On Broadway

Mr. Riedel -  It seems you've struck a chord at the end of your August 16th, 2013 article,  " Those lazy days of summer ,"  with your chiding of the lack of coordination and/or participation when honoring the passing of important Broadway personalities by dimming the marquees at Broadway theatres. But you've also (surprise, surprise) gotten some comments that you probably didn't expect. While I would concede that coordination of the dimming of marquees could use a little more organization, I take issue with the follow up in your August 21st article, " A bright idea: Dim the lights on cue ,"  and I believe a correction is in order, although I'm not expecting one. You mentioned three specific theatres on 45th Street: The Booth, The Schoenfeld and The Jacobs in your experience. While I don't know what the situation at The Jacobs is, the Booth and Schoenfeld are currently dark. The marquees are on timers and since the theatres are dark, the
Post a Comment
Read more 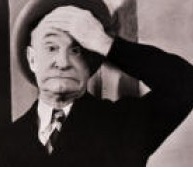 As if we didn't already know that the knee jerk thing to do if you're a Republican (the operative word being "jerk") is to blame all things on President Obama no matter what they may be, out comes a new report in which Louisiana Republicans blame the lack of federal government response to Hurricane Katrina - back in 2005 - on... You guessed it! President Obama. Even though he wasn't, you know, going to be  President for another 3 1/2 years. "[Public Policy Polling], which provided its results to Talking Points Memo, found that 29 percent of Louisiana Republicans said Obama was responsible for the Katrina response. Twenty-eight percent put the blame on President George W. Bush, whose administration did in fact oversee the federal response to Katrina. Nearly half (44 percent) of the Louisiana Republicans polled didn't know who to blame." More people blamed President Obama than the actual Commander-in-Chief at the time! Keep it up, Louisiana Re
Post a Comment
Read more

August 10, 2013
A Better Bargain for Responsible, Middle Class Homeowners "Over the past four years, we’ve worked to help millions of responsible homeowners get back on their feet. And while we’re not where we need to be yet, our housing market is beginning to heal. Home prices and sales are rising. Construction is up. Foreclosures are down. Millions of families have come up for air because they’re no longer underwater on their mortgages.   Now we have to build on this progress. Congress should give every American the chance to refinance at today’s low rates. We should help more qualified families get a mortgage and buy their first home. We should get construction workers back on the job rebuilding communities hit hardest by the crisis. And we should make sure that folks who don’t want to buy a home have decent, affordable places to rent.   ...We need to wind down the companies known as Fannie Mae and Freddie Mac, make sure private capital plays a bigger role in the mort
Post a Comment
Read more 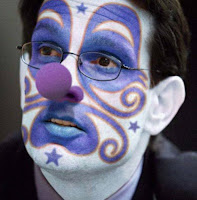 Boy, that Paul Rudd. I tell ya, he kinda grows on you and really is a funny guy. I thought This Is 40 was a very good movie and as usual Rudd's quirkiness highlighted a couple of scenes that are going to be memorable for years to come. You know what isn't so funny and is also memorable? The dysfunctional Republican led House not standing for anything except being against all things Obama. On Friday, the last day before their summer recess with a pending government shutdown looming on the horizon without a continuing resolution to continue to fund the government or raise the debt ceiling, Weeper of the House John Boehner led the House into yet another vote to defund The Affordable Care Act for the 40th time. Yes, that's right. They've voted to repeal Obamacare forty times in the last three years, all so they can go home to their base and say they voted against trying to make health care accessible and affordable for almost everyone. They voted to roll back the acces
Post a Comment
Read more

August 04, 2013
Securing a Better Bargain for the Middle Class "Even before the crisis hit, we were living through a decade where a few at the top were doing better and better, while most families were working harder and harder just to get by...   ... I’m willing to work with Republicans to simplify our tax code for businesses large and small, but only if we take the money we save by transitioning to a simpler tax system and make a significant investment in creating good, middle-class jobs.  We can put construction workers back on the job rebuilding our infrastructure.  We can boost manufacturing, so more American companies can sell their products around the world.  And we can help our community colleges arm our workers with the skills they need in a global economy – all without adding a dime to the deficit.  I’ll keep laying out my ideas to give the middle class a better shot in the 21st century, and I’ll keep reaching out to Republicans for theirs.  But gutting critical inves
Post a Comment
Read more
More posts