Showing posts from October, 2013
Show all

Let's Get This Done 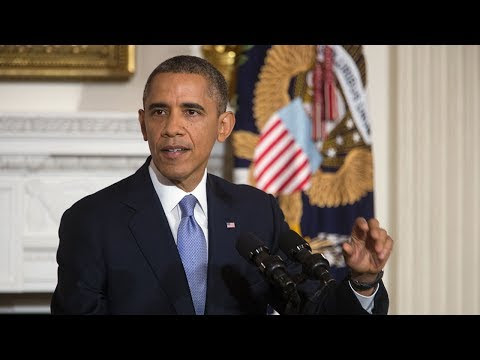 President Obama Speaks on Reopening the Government    "So let's work together to make government work better, instead of treating it like an enemy or purposely making it work worse. That’s not what the founders of this nation envisioned when they gave us the gift of self-government. You don’t like a particular policy or a particular president, then argue for your position. Go out there and win an election. Push to change it. But don’t break it. Don’t break what our predecessors spent over two centuries building. That's not being faithful to what this country is about."
Post a Comment
Read more

October 14, 2013
My niece @jhw2212 & Jennifer on this blog posted these "rants" on her Facebook page, but I thought they were blog-worthy. I know she speaks for so many of us. DCNM  " There is no logical reason to say something has to be traded in order to end a furlough. It is unjustifiable for it to be up for compromise. You can't force people into an economic hardship, harm the economy (which you say you are the guardian of), and create global panic, then say the only way to end all of it is for something else to be sacrificed. Willfully harming your own country in order to   get something in return is illogical. On every level. There's no reason. There is no sensible, realistic way to say this is a good idea. It even goes against the Republican Party's platform. And it's illogical to say there is a parallel argument that refusing to barter is a factor. You can't ask for something when you are doing everything wrong. It is groundless to imply that a trade-off
Post a Comment
Read more

Depth of Ignorance in America