Showing posts from July, 2014
Show all

I'm Pissed as Hell at the Critical Left or Take a Look in the Mirror, You Cowards

Salon is a piece of crap.  Sorry I  couldn't  think of a snappy intro.  Of course, I am referring to Thomas Frank’s hit piece in Salon , “Right-wing obstruction could have been fought: An ineffective and gutless presidency’s legacy is failure.” Yep, that’s the one. I know from my journalism classes that editors often write the headlines, but even if Frank did not write it, the headline pretty much summarizes the article.  By the way, Kevin Drum at Mother Jones did a decent job rebutting Frank’s article in “If the Left Wants Scapegoats, Just Look in the Mirror. “ One point in the Drum’s article I latched onto is “The rest of us, who were unable to take advantage of an epic financial collapse to get the public firmly in favor of pitchforks and universal health care, deserve most of it. The mirror doesn't lie.” He could have written that one sentence, and his article would have been brilliant. That’s the point of this post.  It’s that one sentence I’m going to address, not Fran
3 comments
Read more

Never Ever Count President Obama Out

July 22, 2014
In light of the Hobby Lobby decision by the Supreme Court, I thought I'd post this piece again with a follow up. Many on the left have set their hair on fire over President Obama's solution to the conflict between religious institutions, primarily the Catholic church, providing health care coverage which includes birth control to women and the teachings of the church. One would have to be in the wildest parts of Siberia to have missed this controversy, so I will not recount the drama that has unfolded. However, once again the ubiquitous word "cave" has appeared in association with this decision. There was a time when this would infuriate me, but now I laugh at the predictability of the critical left. Of course, if you dare disagree with them, then they launch into name calling that would make any junior high student proud. I think one reason for their childish, often surly, reaction is their unstated, unreasonable expectations of President Obama. It's
Post a Comment
Read more 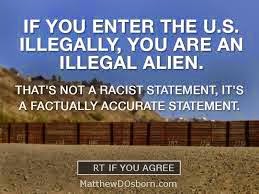 When I came across this photo, I was struck by the callousness it conveyed, as well as the arrogance of the idea that whites get to determine the connotation of words that are insulting at best and racist at worst. First, white folks don't get to determine what is racist or isn't, nor do we get to determine what offends other races, ethnic groups, or cultures because we are the ones who created the offensive words or phrases in the first place. No equivalent racial slur used by minorities toward whites comes close to the worst of the slurs used toward minorities. It's impossible for whites to know the kind of anguish that minorities feel when hateful words and phrases are flung at them. That's why I defer to minorities on whether or not words are racial epithets. It's true that some within a minority group may refer to one another with racial slurs, but I would offer that the tone and context are different. However, that doesn't really
Post a Comment
Read more
More posts